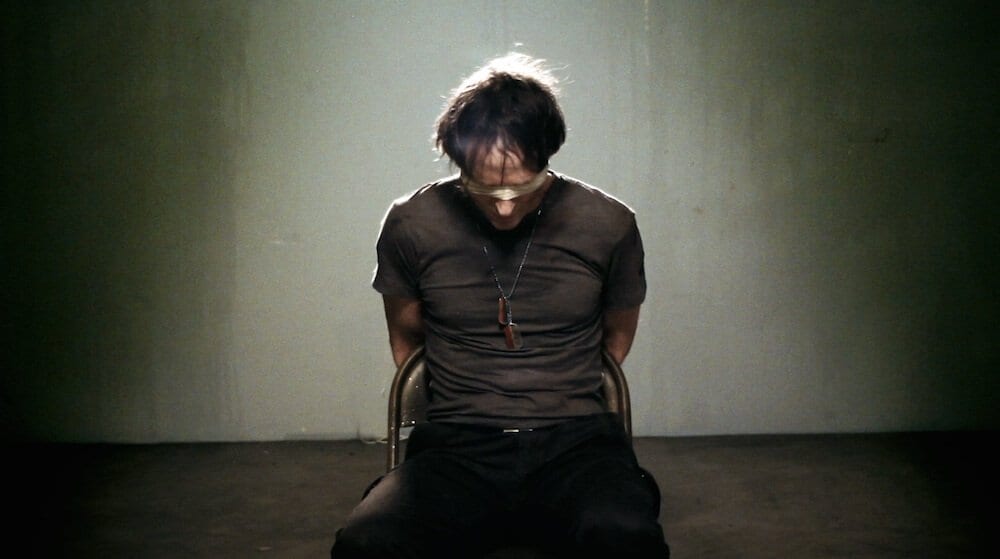 Here are some scribblings for people who want to know what happened, how I’m doing, and what post-concussion syndrome might feel like. The take-away: don’t worry about me. I’m not yet in top form mentally, but I’ve passed the really scary stuff. I’ve written two new songs since the concussion. It seems singing is way easier than speaking. Either I’m sick of talk, which might be true, or I want to make the world a sung-through musical-theatre experience, which could also be true.

And, make your pain interesting to yourself if possible.

I wasn’t into Halloween’s takeover of the month of October. I even tweeted about it. And usually when I get too many party invites for one night I skip all of them and stay home, which is what my instinct said to do. Ah screw it I’ll do 3 in a row, say hi to the friends who invited me and be done. Party #2, South Williamsburg. Halloween party again. A camera had been set up to take pictures of each person, and on the wall, chains to pretend to be shackled from, hanging above head height. People were dangling suggestively off them (no this wasn’t that kind of party), snap snap laugh, done. My turn. I thought I’d hang sideways, suspended. Hoisted myself horizontally up the wall. The chain broke. Backwards, upsidedown. Arms above my head in the chains. No time to get my arms behind me. Must have tried to grab the wall on the way down because my left arm had skin off it. Back of my head took it – hit the wood floor first. Too bad the floor wasn’t made of marshmallows, but good it wasn’t cement. Very good the chains weren’t any higher. So that’s the story. The proverbial freak accident.

Flashbacks. Falling backwards, helpless, wall zipping by my left eye. Super fast. Seemed mean, unfair, violent, sort of… Consoled myself, tried to untrauma the whole thing in my psyche by saying, it was only gravity. Nothing so terrible. Gravity gets a bad rap but it’s our friend, those of us who are enjoying being collected creatures for a while, for as long as we can. We wouldn’t be matter without it.

Played four songs at a little LES show fairly fluently but felt like I was on autopilot or that autopilot was just going but I wasn’t there. Did do “Beginning to see the light” for Lou Reed which felt good to do. Fumbled my way through a dinner and went home. Things got really bad few days later, the words got stuck, jumbled, or vaporized. I’ve heard cases of symptoms going crazy a month later. Anyway, it started happening – speech busted, broken. Every word a trial but still a sentence in my heart.

And of course the fear none of it – all that we want our brains for – none of it would ever come back. Wit, music, conversation, plans, work – nothing.

After days of this, got an MRI – like flying thru a symphony of jackhammers at burning man in a space coffin. But for those of you for whom that sounds like fun, I mean, like, not in a good way. So, y’all meditate for your health and be safe out there.

A COUPLET OF SONGS

But the dull, vacant chaos of my thoughts continued. Speech still a horror. The only fluency coming at the piano, some part of my brain said “make sense of this” so I started scrawling on paper sitting at the piano, playing, scrawling, mumbling. A song came out. “The Fog Man” seems to be about a homeless man, or me, or going mad, or my current state of brain, or growing old, or death itself. I’m not sure which. Probably all of these. As darkness exalting as metal but more like black flowers.

When I try to talk the words jump together badly, like a team of awkward basketball players all going for a rebound, ruining each other’s chances. They all get bruises as the ball bounces away, unheld, uncontrolled, and embarrassing even for the audience.

Maybe this was my way back to sense, making songs out of nonsense. So a few days later I was blessed in the early morning to watch a couple of Irish lovers running madly through San Francisco, pointing at street signs, and the street names were full sentences! I woke up to write their sentences down, mumbling at the guitar rotating a chord progression round and round in circles, trying to make the sentences make sense… Another song. Run with it run with it, carve new pathways in my head, new melodies are flags I can follow into uncharted terrain, over and through the mess. This one became something I’m calling for now “Living Without You” which seemed like it might have been about my brain. Living without you, brain! I’m making it work! But then it molded itself into yet another secret Ethan song I can imagine best being sung by a woman, by Adele in particular, should I find myself in a bunker with her, and there’s a war on, she and I end up in the same bunker. Call me!

Sometimes there are fuller thoughts, but if I turn my mind to understand them, like a trick drain they quickly whirl into holes, scrambling themselves and spinning out of sight, just clear water again, meaningless, clear, empty, senseless. No sense, nonsense. They have no senses, either, thoughts don’t. My senses still work, though, PTL — can still smell, sounds make me jump, light pours direct into my brain, my head still aches. To be precise…

A few concussions before this one that I can count (and the long significant “oh” when the medical professionals hear that.) Straight off a gondola in high school, stoned out of my gourd though I was barely keeping up, skiing down a hill and right through the line at the ski jump. People lined patiently and politely, and I skied through the line itself, might have even gone over some skis, and right on and over the edge onto the ramp and up the jump. Mid-air, totally upside down, skis crossed above my head, no control, idiotic, knew bad idea, here comes the ground, wham, straight on th etop of the head. Now I knew why cartoonists drew stars. Red and green stars, whirring madly, kind of pretty but acting like flies on methamphetamine. And then depressed and headachy all senior year. Obviously other reasons as well but didn’t think of this til now.

And another one. Didn’t know it at the time since I was so ridiculously underslept but running through three glass candy sheets, hard and heavy but made to shatter like glass but minimize cuts, for the “Why Don’t You Sleep” video. I was co-directing and performing, I’d envisioned the whole video when mixing my debut obsessively on headphones, tweaking out on the eq rides on the hi hat. I thought busting the glass would bust me out of the past and out of obscurity or some BS all together in a synchronized movement. I cast my ex-stepfather and his newer wife and their son, in the most meta-trauma-catharsis move ever done outside of Austrian experimental films. Of the mind. I’d match you toe to toe… Anyway this cast of non-actors showed up, took direction. Beyond surreal. A kernel of healing. An act of honor. Thank you. But I got back to New York, to play bass with the Honey Brothers and my brain was gone. I suspect I’d been a dick to the good people working on the video. I couldn’t think at all by the end of the shoot — thought just tired but throwing my head through three hard candy walls (I’m glad I used my fist on one) and a week later in New York I was still staring vacantly, and knew it, and that was about the only knowledge I had. No personality. No jokes, no smiles, no passion, other than once screaming, begging my brother who had brought me in to that band, “I can’t think!!!” A session with an osteopath got some warm flow going through the dry, 98.6 degree freezed Martian desert landscape of my brain. And then, a few days later, able to rehearse, I could actually watch thoughts and connections come to life as I played bass with the band, every interlocking line I carved through the groove harmonically opening up my cognitive capacity, every time I dropped my feel back to lock the guys together in rhythm grounded me more, back to earth. They say music is healing and I could actually feel that now. It’s literal, not just some thing hippies say.

Other blows taken as a child which I can feel now as I scrawl about it. Breathe these away, trauma is in the body. Some say animals don’t carry trauma but I don’t believe it. We’re animals too, anyway. Chimpanzees do gang rape, bonobos do group sex. Which horrifies you? The male- and female-dominated versions of us. Will the women take over, please?

Started thinking of really bad jokes, like meaningless jokes, like imagining a book Becoming Michael Jackson, by Karl Marx. Which I take as progress. And, it’s true what they say about noise and light. I’m so glad to not be screaming in terror when someone touches my arm, which happened two weeks ago. But the meowing of a cat three blocks away still sounds a bit like a truck unloading a gaggle of wheelbarrows right in the next room. But truth be told I’ve always heard a little like that….

This has made me want to get away from all the screens that are everywhere in our lives. Our brains aren’t made of right angles, and neither good lord are our souls. We all know this.

So, to avoid the komputer. Even now, my secretary Secretariat (she’s a horse) is squibbling, scribbling my ramblings with a quill pen into the digitalis, while we overlook the bay on the bank of the estate in Connecticut where I write. OK, I hardly know CT, I’m holed up in the East Village but I avoided a CT scan and that’s how I imagine the state in my mind. In any event, I am scrawling by hand and my synapses are firing. Hi! But I’ll transcribe it and that’s what you’re reading. Close your eyes when you finish, and when you open them don’t be looking at a screen.

Wherever your mind may think itself to be, your body is right here. It feels great to notice it, doesn’t it?