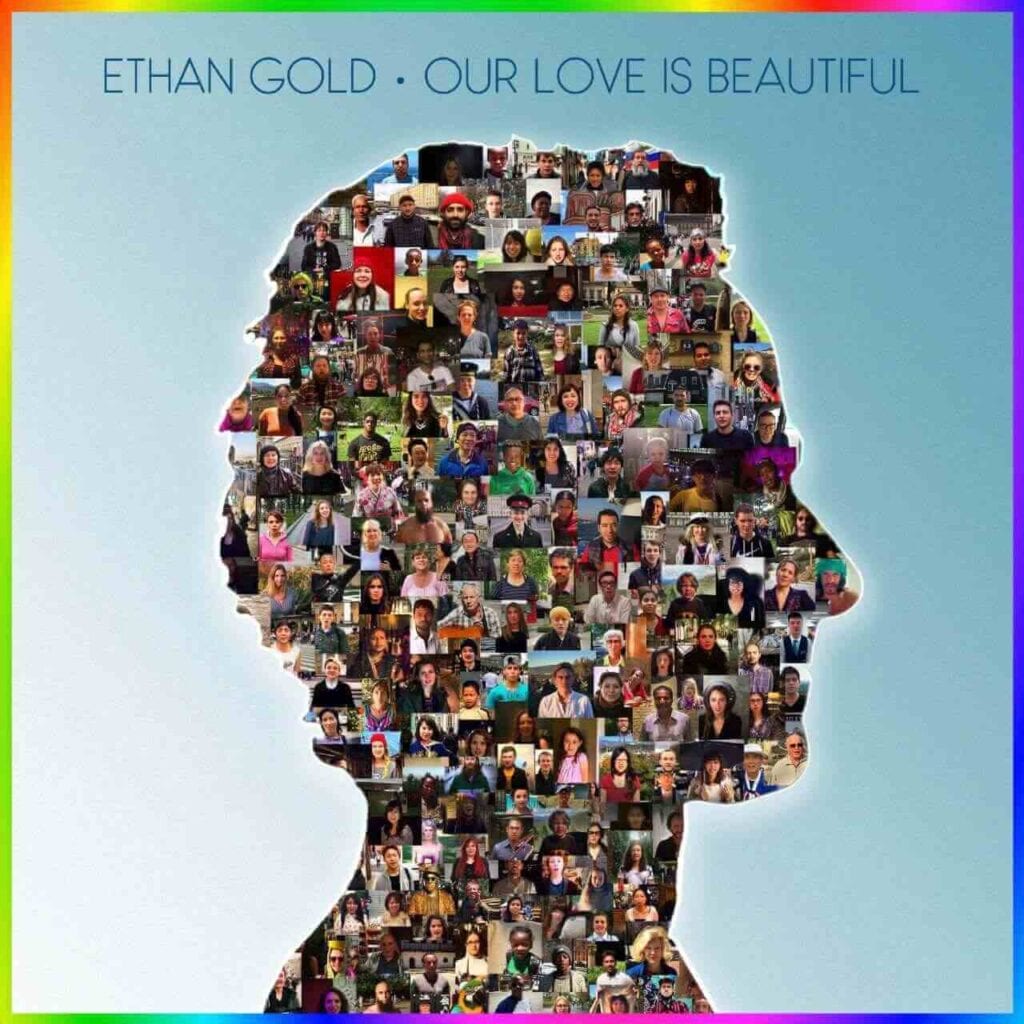 Our Love is Beautiful

Ethan’s new single, a preview of the upcoming double album Earth City, arrives with a video filmed around the planet, as Ethan circled the globe meetings fans and strangers. This is a song of romantic love, self-love, and human unity.

“‘Our Love Is Beautiful’ can be seen as a beacon of light to carry us through these rough times…. Gold embodies an earnestness and an alacrity that is nearly absent from the pucker and pout pop songs or depressing and dour indie music that seems to dominate the music world of late.  It’s a needed boost in the increasingly grim and bleak dystopia that seems to be gripping the future by the neck.” – American Songwriter

“He uses his platform to spread messages to promote mental health awareness, and his music fosters connection and unity for his fans around the world.” – GQ South Africa

“This is Ethan Gold being as barebones as he can be, and it’s ironically one of the most decadent performances I’ve heard from him. Once again, Ethan Gold proves himself to be among the most elite and innovative players in his peer group not because of sonic brawn but because of compositional moxie.” – Indie Pulse Music

“‘Our Love is Beautiful’ just might be the greatest testament to his multidimensional songwriting skill so far. Gold’s humble attitude is the icing on this cake, and his delivery is what makes it a stone cold indie hit.” – Indie Band Guru

“Whether it be the joyful music video for the track or the music’s rambunctious hook – and the simple harmonies that make it feel so special – there’s something here to make you fall in love with the heart of Mr. Gold, which is undisputedly at the center of all the catharsis in this latest addition to his discography.” – Mob York City

“Gold has made a lot of incredible content in the last decade, and with his latest release, he amalgamates many of the scattered themes from throughout his career into a singular hook that could melt hearts even at a modest volume. A solid five out of five stars, ‘Our Love is Beautiful’ is altogether smashing.” – Music Existence