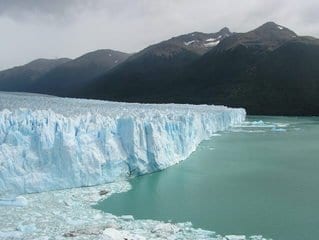 On Hurricane Sandy and Climate Destabilization, or, Pansy-ass Phrases Aren’t the Best Way to Convince People Something Terrible is Happening

So New York is starting to seem untenably low-built, along with every world port city, every wetland, every ocean beach.  The sea level is rising and we know why – heat up ice and it melts.  Is this surprising?  Result – more and more flooding.  Heat up tropical water and the storms get more violent – we know this too.  Result – crazier and crazier storms with bigger storm surges as they crash into shores.  Result again, compounding the sea level’s rise – more and more flooding.  This is all not only predictable but it has been predicted repeatedly over the last few decades.  And it will only get worse…

In the meantime, the US of A is still struggling to convince itself that any of this is real.  There are a lot of people whose current livelihoods depend on keeping us burning fossil fuels, and I sympathize with them – coal miners, oil derrick technicians, etc.  A lot of these people are barely making ends meet.  But more importantly and more disgustingly, there a few really really really rich people whose constant expansions of their already sultan-sized fortunes are made easier by keeping us burning fossil fuels.  And they have a lot of money to feed into news organizations and think tanks and political campaigns to keep the dialogue going the way they want: sowing and reaping seeds of doubt about nearly-unanimously-agreed-upon science that really should be obvious to anyone who’s breathed onto an ice cube to make it melt.

All of this is incredibly frustrating and angering of course.  Someone needs to write a blistering screed like the Vikings punter did about gay rights.  Maybe a BP oil rig worker somewhere is ready to let words rip.  Bring it on, good sir!  In the meantime, I want to say something about the weak-ass language of the left.

It must be that the same personality type that cares about things, the tender-hearted personality, also of course lacks that Machiavellian deviousness, or even just a basic grasp of the power of words, to come up with the right catchphrases.  But truth and honesty rarely win the day unless they’re cloaked in something that tugs at core human emotions.  Something that makes us feel love, fear, or whatever it is that we need the words or images to convey.  Gandhi was a lawyer, but he put on Indian peasant robes not just because they were comfortable.  He knew he had to look like a man of the people to put his message across.  Would you be afraid of “The Exorcist” if it were called “Perhaps My Daughter May Have A Cold”?  You have to sell your ideas… Can we think about how to do this?

“Global warming”: the first phrase to the plate in recent years.  Accurate enough.  But come on, people — ‘warming’ evokes the sun streaming through a window on a chilly morning, or a puppy nestled in the lap, or the seats of luxury cars.  Crappy marketing, people.  Not as terrifying as the original “greenhouse effect”, which may not sound like a disaster film, but at least sounds like a thriller.  Get people to imagine life in a greenhouse with no possibility of escape, and it’s a lot less pleasant-sounding than “warming”.

So, now we seem to be stuck on the more general term “climate change”.  Maybe Al Gore winning an Oscar made it uncool so now the indie kids needed something better.  Or else the right successfully reframed the dialogue.  But AGGH!  Whoever came up with “climate change” needs to quit their PR job also.  Again, it’s factually accurate: the climate is being changed.  But you only need look at Obama’s 2008 campaign with the success of its hope ’n change routine to see how SCARY the word ‘change’ is to the human spirit: It’s NOT.  It’s HAPPY.  “Change your life,” “change your fortune,” “change your waist size,” etc etc – Change is a POSITIVE term.  People LIKE change.  So when you are describing something really really bad, don’t call it “climate change”!  Can I get a witness??

OK, I’m not a PR guy, or an evil-plot-scheming cat-stroking psychiatrist, or a propagandist for a 1930s politician.  So I don’t know if I’ve got the best ideas, but we need some better ones to describe the horrific gravity of the problem we face.  Here are some kickstarts to get the juices flowing, which are also accurate, but at least don’t sound so frigging pleasant as ‘global warming’ and ‘climate change’…

“Climate Destabilization”. ‘Destabilize’ at least hints at chaos. “Global Climate Destabilization”.  Make it big?  “Human-Life-Supporting Climate Destruction”?  “Life-supporting Biosphere Destruction”?  “Planet Overheating”?  Help us out, people, let’s come up with a short phrase that expresses how real and bad this situation is (while still being truthful – it’s probably not going to happen in one big wave like a disaster movie, but it IS happening over a short couple generations, which SHOULD HORRIFY EVERYONE.)  OK?

PS, while we’re on it, can we also come up with a new term for ‘environmentalists’ and ‘environmentalism’?  Sounds pleasant, nerdy, and kind of trite, no?  “Green” is better — at least I can imagine the flags of victory — but it’s pretty easily co-opted, as we’ve seen with the spread of fake-natural products.  We need to proclaim the rights of the natural world, but an ‘environment’… that’s something you easily change at will.  We’re not talking about an environment, like the mood music at a boutique hotel; we’re talking about our one and only PLANET.  OK yes the Earth will survive as a chemical-laden spinning rock even if we make it nasty, brutish, and boring due to an extreme die-off of most species, but it’s not going to support life very well.  And it’s not going to support the wonderful, complex beauty that makes our ability to appreciate it in all its hugeness worth having.  So put on your thinking caps, kids, we could use more powerful words for that one too.

PPS, vote, and then after that, let’s hold the hands of whoever wins over the fire and get them to see this not as a cute little special interest to occasionally throw a bone at, but as the great challenge of our era.  Let’s make fighting for our Earth sound as important and heroic as it actually is.