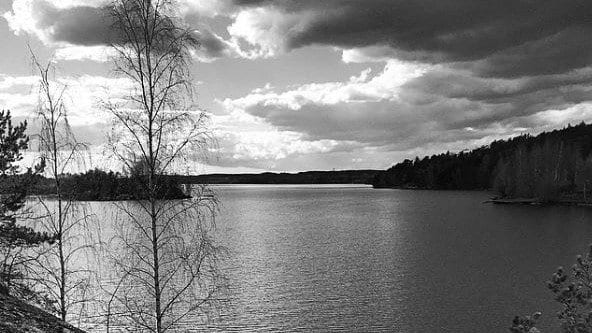 Tampere, Finland. Cars on the streets, and people on the sidewalks, just as in Istanbul, Addis Ababa, Mumbai, but in Finland the sound is turned off.  No more of Mumbai’s near-constant honking saying “here I am, here I am”. No chatter on the sidewalks either. Blue-grey air to match the eyes. Like one inch figurines in corporate park architecture scale models, the people and the cars moved about their lives in the near-freezing spring day, but I couldn’t hear them. Total silence on the sidewalks and in the streets to match the silence of the forests outside the little city. Even the wind is silent. But these people who lived under Sweden for many centuries and under Russia for one (though at the Lenin Museum where I filmed one of the administrators for “Our Love is Beautiful”, I learned Lenin was a friend to Finland) are quietly making their world. They’re building an underground garage under the entire downtown in Tampere, with the intention to eliminate all cars from the streets. My friend S.O. helped render the designs for the massive underground garage and added his keen intelligence and mischievousness that hides under Finnish blankness, in him without needing to drink anything to let it out. But even if that massive garage didn’t look like a prehistoric cave for giant robots, with a rough bulbous curved ceiling and sexily unreal neon colors in the dark, it would be a great idea. In every city that where people can walk and gather without cars, that’s where lively mixing and ideas and conversation spring up.

In Helsinki, the capital, I had a few days of bad timing. These things are inevitable in travel, especially when relying on spontaneity. Nothing tragic, but everything a little off. I did see a lot of students celebrating May Day with goofy patch-covered overalls roaming and drinking, and filmed a bunch of them for the video out at Suomenlinna, the old Swedish fort island, getting Jägermeister poured into my mouth and watching their ridiculous and innocent feeling (as an American it’s still a novelty to be in countries that have such broad majority ethnicities) games. I’d rather people be open without liquor but considering I’m talking with a lot of strangers I didn’t begrudge the alcohol this time. I also met and was invited into the home of an African immigrant who said Finland was becoming intolerant, his FinnScandian dream looking like it was fading. But still he was making a life there.

More on cars…. To Russia, flying, even from the air I could see the attitude shift crossing the border from FinnScandia. On the Russian land the farm houses were more chaotic, dirtier, and the cars ran faster; you could spot some rogues even from the air, racing the highways. My friend S.B. in St Petersburg later in the week waxed nostalgic about growing up in a city with no cars. Even ten years ago most people couldn’t afford them. But now cars are a man’s way of saying he matters in the world, and get out of my way, I’m going somewhere. But St Petersburg still has the Russia I was told recently had died in the 1990s. But there it was, the best of Russia – talking art and politics over tea deep into the night – it’s still there. Artists like A.S. painting Jesus as a man facing his destiny in new paintings. The mania of money is in St Pete’s too but it’s moderated by this spirit, as well as the beauty of the city. We boated the rivers and met friends who love making money however it comes, but this macho energy comes with a love of visceral life experience, while Peter the Great’s grand idea stood brightly lit from streets and canals all night long. Russia is not a place for weakness.

A night train to Moscow brought me to a blocked off Red Square, as the government prepares for a rally next week. This annual rally has gotten bigger every year, more dancing children, more marching soldiers, and now tanks and ballistic missiles whose grand entrances were being rehearsed on the wide boulevards. Walking 30,000 steps with A.R. I found the people a bit hard to reach, the men with a wide walk implying a heavy weight between the legs, or recent long horse-rides across the steppes, and eyes that said “I don’t give a fuck.” But not all of them. Some punks, some hippies, and a young couple literally skipping in the park, all of them will be in the video. The boy’s name alliterated M.M.M. which made rapping to him about him rollin’ the Moscow Metro the obvious choice…. We’re going to be ok if we talk to each other. And at 330 am with A.K., endless fleets of street sweepers phalanxed out cleaning up the oil from the tanks at 330am, spraying down the alphalt, their boxy orange bodies hissing like well-meaning, but dimwitted soldier creatures from Miyazaki.

For those of us who love the cold night air, and otherworldly dead creatures, and loneliness, all this can be a high. But still, let’s all get out of our cars and our machines and listen to someone else, even or especially when they hardly speak.