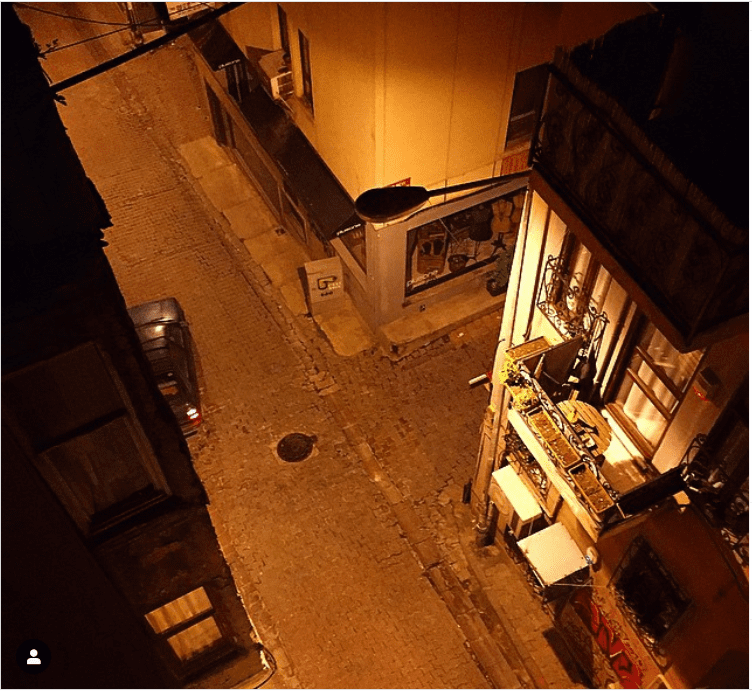 Extreme jumps between an incredible connection with new friends, and occasional danger. It’s been a little more than a week but it’s felt like a month. I had to correct some of my openness, due to some mistakes of misplaced faith. And since many of my conversations have recently been filtered through various translation apps on my phone and the phones of my new friends, accompanied by much frustration and good natured yelling at nonsensical sentences, I’ve written my blog this week but I’m not just going to post it.  Sorry I can’t resist… First I’m going to translate this whole blog into Turkish with one app, and then back into English with another.  This will give you a better feeling of how communication has been in India and Ethiopia and Turkey – both the irritation at the nonsense, and the flashes of understanding.  Maybe you’ll lose some of my meaning, but you’ll find hidden meanings in here. A secret gift of exploded language….

Not everyone is beautiful love. We are making use of all the people in the world as you know is a lie and people are desperate. This week I was trying to navigate the wrong opening was no where near the three cities before, you probably had some classic mistakes to correct my own mistakes. But the bad eggs had more stones.

Mumbai, this one smelled of flowers and other heat smelled of decay heat and the sea but colonial, British East hot, my picture in the range of lifestyle, I try to give a quick view. But this puts a nose, stupid, enter the city as a white man without feeling like a ghost or exploitation is not easy. I am still a cinematic slum land (and only if there are no images) inputs and there were some pretty ugly exchanges. And a few nice ones. It is true that there are any people but keep sending pictures. I will probably take over in a big way with this video. Video conversations, people on the move. Woman following, “Buy the baby, buy the baby.” I still do not know how in a moment when people feel like addition and exploitation of, I do so rarely. I can but the video should speak better.

Ethiopia and a wonderful guide M. G. It was the savior. Addis Ababa markets Mt Entobo high, I drank in Ethiopia and in churches and open and direct, the people on the road with wood, especially when I found the mountain people. Finfine Lucy Dinknesh old man getting my video to be (ha), lunch raw, Ragual church, small markets for raw meat, massive Merkato, Habesha music.

Addis Ababa fly evangelical, I could see he talked with not a nice Ethiopian evangelical Christian churches respected. He called them something like the so-called Christians. He always says eternally separated from God: He is a basic, apparently, was explained to me as he sees it of the Protestant faith. I am always a sinner. I think it is a serious and bad guys, but I do not agree with him there. For me, God is in all of us. For him, it is “pantheism” calls. Different strokes ….

I was really on my first night in Istanbul where slapped. I found this brilliant city, painters and writers and science fiction film inspired by the beauty designer was a shock obviously. light white and blue water was like gold in San Francisco and buildings stacked on the hills. But it looks like the city launched fresh missile cloud space for the film, all the hills are adorned minarets.

So I was still trying to be open. Istiklal, the main street and the man walk out on the first night, he asked me for a light. He said I was an arms dealer or a free night … with that kind of military contractors, etc. who do not speak Turkish, I quite understand. He as needed to prevent or scandal, but rather, I could not tell. But I did not want to have a drink with him. So I skipped the spirit of adventure in foreign lands by well-meaning friends hipster bar, I’m driven and where he wanted to go, I went with this man. Which sad looking women on top, and then sit at the table and type of dance is in place appeared to be going to ask the men how their lives. I wanted to leave, and he said, we’ll go for a drink and I told my friend. One drink was two and I’m going, so, I said. Just asking the Turkish equivalent of $1,000 for the girl drinks the bartender, a burly thug turned outside the central casting. My friend left to go his nose, looking panicked dust already left again. I work nearby ATM accepted but the bouncer wanted to accompany me. I decided to withdraw my plea and under management. I am a musician, not poverty, please. I did look into the eyes and eye top man looking and waving a big ‘reduction’ but in fact there was still a rip-off.  And my arms dealer friend of mine … Well, maybe that was part of the gang. Either he was getting beaten back, or to avoid embarrassment in front of me disappeared. I do not know, but my whole budget Istanbul’s still more time reduced share, paid and went out. People on a Friday night and looking for a mate rolls, such as the Turkish arms dealer, if you have not bothered to care. I need to know the line between being friendly and self-protection. I’m trying to be less protected but still need to protect my borders. So: clearance limits. Try to be good for us to see and open people, reasoning can be a challenge. But the world is not just made friends there. Not everyone is beautiful love.

But I fix my right the ship quickly. As the first week, not approaching people do not want to, now I have to remember to have the ability to get out of a situation even was approached by a friendly looking person. What I do not even think ‘my people’ rapidly expanding, I know who my people.

Three groups payer graced my last few days in Istanbul. First, in Galata Ode, a small man in a tiny cafe gave me some sahlep and regular late night arrived gang seemed sat up – a couple of bohemian bookstore, at the same time all night texted but laughed a young woman and has been translated and clearly It was a regular basis. The owner, me and you. Soon the doors were closed and locked shades and we came down traditional Turkish music, Turkish pop music and hip, and Tarkan was dancing skills were earning only partly ironic cheers from the small group. Raki bullet and yogurt kept getting put directly into my mouth. Midnight passed, and the night before with disgust gangsters disappear. This nation will be in a few videos.

The next day, would not let me pay for the fish sold was a friend of delicious street by three charismatic young Kurdish players in a single boat. S. O. and a credit to his colleagues humanity. One video can only throw three had to violate my own rules hit single.

And later that same day, we met two young men in a different boat. He said he is the grandson of Ataturk’s grandson. It was another cousin. I’ll say it again, but I already mentioned here

(and this part isn’t twice translated, this is in my English)…

When I embarked around the world I thought I’d make new friends. Last night I feel I’ve made new family. This is the car driving away carrying @ibrahimarslan and @m.canpolat whom I met on a boat this afternoon, who shared food and drink with me, who showed me their city, and who took me into their lovely family’s home, where I met three generations of honorable Turks, who have shared the meaning of hospitality and human brother-and-sisterhood. #ourloveisbeautiful #istanbul !