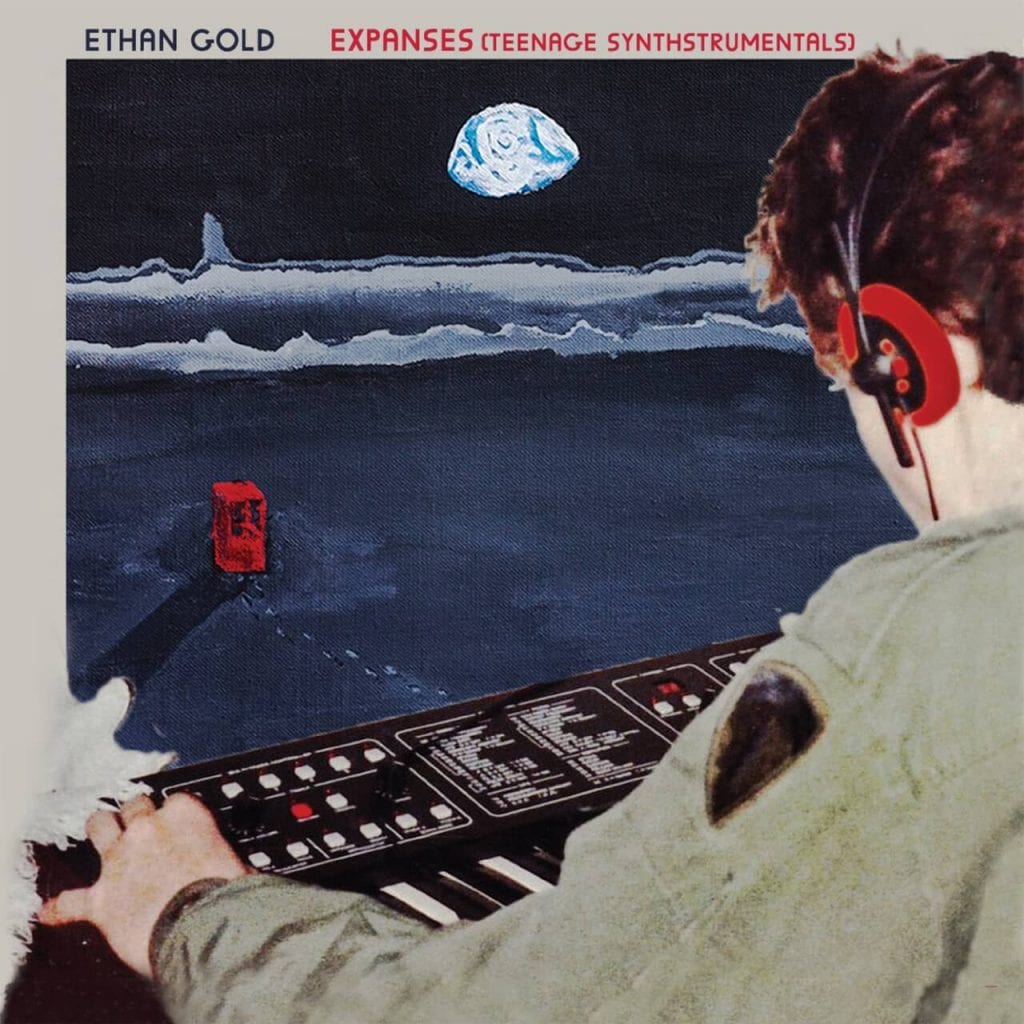 In preparation for the true follow-up to his debut studio album ‘Songs from a Toxic Apartment’, Los Angeles-based performer/composer/producer Ethan Gold releases ‘Expanses (Teenage Synthstrumentals)’, the other bookend to his recovery from a head injury, sitting opposite his recent release ‘Live Undead Bedroom Closet Covers’. A different kind of plumbing of the depths of his musical awakenings, ‘Expanses’ is a record made in Ethan’s teenage basement, of gurgling, murky, flawed lo-fi ‘synthstrumental’ paintings, which bear no resemblance to the electronic music of today. Organic synthesizers hand-played and 4-track recorded, with titles that reflect Ethan’s longing for the natural world, with references to lizards, insects, and mossy pools. On occasion playful and driven by primitive drum machines, now and again teeming with life as if the synths were giving birth to algae and tadpoles, the album journeys through imagined landscapes of Earth and ends, in the last two tracks, in a cold and lonely place…

Gold, native son of San Francisco, grew up in the hangover that followed free love – son of Beat-adjunct writer Herbert Gold – and was raised with various step-families by his mother Melissa, who was tragically killed in a helicopter crash with the legendary rock promoter Bill Graham. For Ethan, the escape was always into his songs and the dreams where he hears them.

“…packed with his very own variety of passionate grunge-folk, his underplayed vocal style only adding to the appeal of the whole.” The Arts Desk

“The most interesting record I’ve listened to in the past 5 years.” Rock N Roll Experience