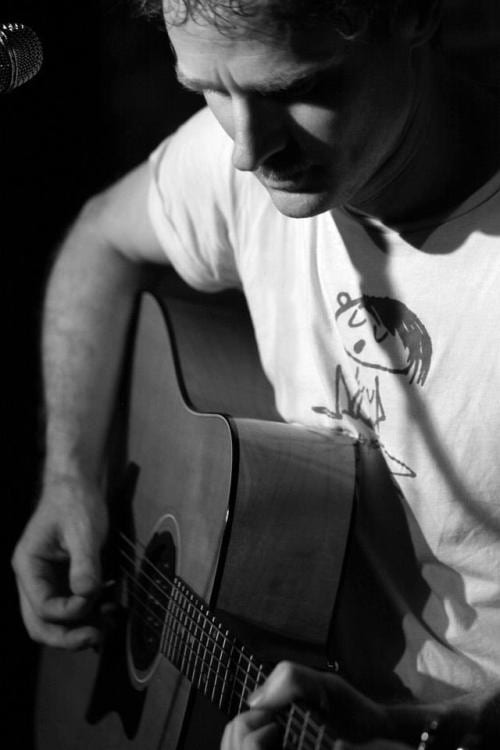 Throwing History Into the Volcano of Music

This week there has appeared the first real article about my music that wasn’t only a review. Most of the album reviews I’ve had for Songs From a Toxic Apartment, my full-length debut, have been very good and nice, other than one jackass who did slack-jawed google-jockey work, dragged false biography into it, and tried to insult a band I used to play bass in by falsely outing my brother by confusing him with someone else who shares his name. In this case, this month the paper came to talk to me, two long interviews, as the writer came back a second time to get more meat, personal material he said he needed. As I might convolude, to contextualize the subject matter behind the subject matter of my debut record. The writer also did a lot of background work which shocked me when I read the article, but fair detective work in this case, pulling a lot of things I didn’t tell him into the tale, as well as making a pretty orderly digestible tale out of the disorder of reality.

Working on E.P.’s album a few years ago, we talked about whether titling his album to reflect the most recent tragedy in his personal history would drag that history back to life, and also whether it would cast a long shadow over all the other nuances on the album. Ultimately, his album title did crystallize that central theme, and the album was structured as both the portent up to and the aftermath of that violent thunderbolt. But while it was all true, it was still only partial, and his fears about this casting a shadow over some of the hope, nuance, and poetry of the record and his writing also came to pass and I think disturbed him. The press couldn’t really talk about his music without bringing his family history into it.

As last year I finished my debut album, which is now unveiling itself to the world, I became momentarily envious of novelists. I fantasized that novelists’ work is judged on its own merits, on each individual novel. The writing is talked about more than the writer. Partly because it’s easier to write about writing than it is to write about music, or to bicycle about philosophy, etc. But as literarature has shrunk into a niche, biography has become the lens into there too. There’s more interest in Virginia Woolf’s life than her work; even Shakespeare seems as interested-in now for the mysteriously limited shreds anyone knows about the guy who probably wrote all that stuff. This may be a pathology of our time in history. Freud’s actual revelations and also his overactive imagination still reverberate a century later. And this pathology (get it, dissing Freud, saying pathology, ha ha) has only been fed in an era when people think ‘information wants to be free.’ Everyone indulges the psychological detective’s impulse to dig and dig until they can piece together enough evidence to call something the truth. I don’t think this blunt-direct-cause-hunting is the only model for understanding reality, but it’s one way of understanding the world, and to be fair it’s far from the worst one that’s ever taken hold of a civilization. It’s why ‘based on true events’ and other blurry nods to reality are used to sell movies, and why there are so many writers whose memoirs are their first books instead of their tenth.

But I am having to breathe a lot more deeply this week to not freak out. There’s a lot of really personal stuff in that first biggish article about “Ethan Gold,” the guy who shares my name and looks pretty much like me. Specifically I want the A. family to know, if they read it, which I hope they do not, that a lot of what sounds like it’s about them is not, and that which is I have already forgiven. The article found a tale that makes sense, especially to make sense of The Rise and Fall of CAP, the brutal or sarcastic rock opera I set aside writing to extract my more human album Songs From A Toxic Apartment. I’d tell them but perhaps they’ll never see it. But I’m now seeing how conversation gets distilled into story. I’m far from the only person who’s gone through this experience, it happens every day in the press, but it is intense, especially for a person who by nature retreats constantly deep into the shell of privacy. This is something I am working to transform, into a stance where my shell is all of existence itself, endless and invioble.

Towards the end of college, over a long night of drinking and making pancakes, I told a friend a bit of my history. After three years of friendship, I’d said nothing about any time before we met, except my city of birth. It took me an entire night of conversation hours to even make coherent sense of the details, even to get all the facts out. And it had taken years to get to a point to even be able to say anything about my pre-history. Like a lot of kids I showed up at school having deliberately lost my baggage in transit. We move to a new phase, especially leaving home, and leave our history behind, and reduce it to one or two bland facts to display as a decoy, to survive the initial couple minutes of conversation with a new person. And then like all these new friends or lovers we all get on to being the person we are, or want to be. We exchange a tiny incidental kernel as show of faith, like a token exchange of meaningless gifts between tribes. A ritual, the facts of which are irrelevant.

But now it’s time to learn to hide in the light.

Every night this week, as if sunlight were bursting onto my eyelids on a too-bright morning, I’ve churned out of paper-thin sleep with a dread of my history encapsulated and mythologized, my cloaks stripped off. “I sentence you to be exposed before your peers,” as Roger Waters put it (appropriately enough as the article references the Wall). Naked, like maybe I’m getting branded all over again.

But it’s not my right to be sensitive about this. For one thing, the truth is this time it’s only skin. It won’t bruise. “Sticks and stones may break my bones but words can never hurt me,” they tell us when we’re kids, though they know that’s a pretty liberated mindset to expect kids to rise to, when most adults fight their own battles in the realm of words. Well, that nursery comfort can be true, if we nurture a strong core, or a non-attached one, or both. We can willingly be exposed before our peers, whether to ridicule or adoration or indifference, without losing an ounce of our hard-won peace. And as a musician in this era this seems to be our job, to be a totem. To be simultaneously judge, stockade-builder, and condemned man paraded through town. To be the sacrificial animal, and build the fire that burns the sacrifice, and even give the last rites while we ourselves burn. (It’s certainly better that this be the artists’ job than the politicians’, whose real work shouldn’t have any piece of this role. They’ve become required to do this job as well, and they do it horribly, since it’s so at odds with the type of personality that wants that kind of power in the first place, and even more at odds with the type of personality that can see clearly and have the courage to do what’s best for the people. But that’s another matter…)

So, it’s our lot to be in the light, to risk psychic death by exposure to the elements. And in our time the elements aren’t days of solitude facing a brutal desert sun, or a stare-down of the tigers of the forest, but it’s the endless heartless onslaught of bits and bytes of data, the information-blob that devours without mercy. To be exposed and to survive, as private people willing to lay naked, our history for the world to chew up, barf out, and make new art out of in their own winter snow, consumed.

Yet, as we are all people always living in the present tense, we may as well give our history freely. Non-attachment isn’t only to things and people, but to our biographies also. If these stories, which is all they are now, help carry art’s spear of transformation, it’s an honor to give them away.

Your life history is not you – that’s one of the messages in the music anyway. So I let it go, set it free, where it can be homeopathic poison cure for someone else’s illness. I release my past, it’s not mine anymore, it’s compost for orchards, and it’s yours now if it happens to help or heal you.