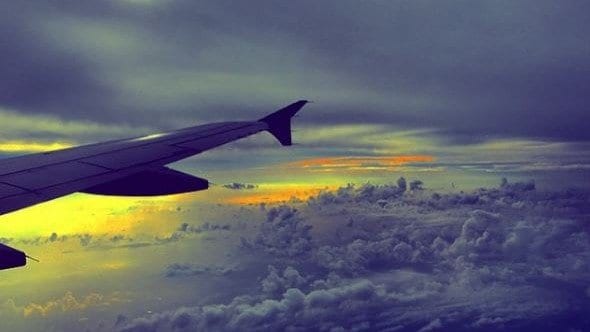 On to México, neighbors to the south. Big country, and the grandeur of the gulf itself reminds me it is a world, meaning, it is many worlds. Bluesmen and country singers escaped to to this big land, in songs, in their minds. Some escaped for a new life. Not all, one hopes, like the Apocalypse Now Dennis Hoppers I saw in Yelapa as a jungle-running teenager, swimming through gurgling cream-of-spinach rivers away from the creepy stares of the old gringos. Those worlds are there, in little exploited corners, pero México es un mundo.

Mexico City, I’d always thought would look in its vastness like grey smog buildings piled upon each other, like a cross between Toyko and Port-au-Prince, mass scale and mass chaos. Don’t know why. But it’s not that. In the center of town, Belles Artes, I’m reminded of Tapiocapolis, from Les Picaros, Herge’s Tintin fantasy. A modern city built on collective idealism AND corruption, a futurism that feels rooted in Teotihuacan, and civilizations before that, stable in its boiling color like the great valley the Aztecs built their city on. It bakes lightly on a great plain high in strong mountains, on the sacrum of the rockies.

I visited las piramides, so called ‘of the sun’, and heard an echo of an echo of that organized and proud and presumably brutal megalopolis… Brutal like humans have always been, brutal and striving, making meaning along their way. The pyramid staircase at times was ridiculously steep, but it wasn’t easy to feel adventurous when this grand edifice was being crawled over by tourists of every age. They were mostly Mexican, with a mixed attitude of reverence and boredom. A butterfly flicked around on the high top and its flaps quieted things down a bit. Puffs of factory smoke in the distance, and the smell of industry and semi-tropical trees.

On the way there, passed through outskirts of the city so vast that no single mind could not comprehend the lives within them. Brightly colored individual houses merged into an collective grey, like a beehive had unrolled itself over strangely-shaped mountains in the sweet polluted air, gobbling up the hillsides, and probably spilling out and up a bit further every day. Mountains beyond mountains….

Back in the city, the old world of the ‘new world’ feels still alive. Even those Aztec words survive, thank la raza…. I’m relieved to feel the pre-Spanish history, in the architecture, in the faces, in the neighborhood names, Chapultepec Cuauhtémoc, Culhuacán. Let those syllables with their jagged ancient architecture survive and thrive through and after the Spanish conquest. Somebodies have been aware enough to preserve these remnants, even in the metro systems’s fonts, both Aztec and Art Deco. The trains are orange and quiet.

Also on these silent subway cars, in the warm air, PDA. On the streets, too. Nowhere in the world have I seen people kiss so openly. Older couples, young people, pressing so deep into each other’s faces it looks like they’re literally merging into one person. But it’s not the kiss of violent passion; it looks calm, homey, like stew simmering all afternoon. No spazzing out, barely any movement at all, like boats sinking in mud, or amoebas touching and enveloping each other under a microscope. There are children everywhere, and old people too. Everybody everywhere. Nobody pays any mind. Their love is, that is clear.

Trato de explicar mi video en español. I met a few students, who asked me questions for their class, in English. And an actress S.S. from Mexican action films, who showed me around a bit. And eventually somehow I started getting followed around by students all wanting to ask me the same questions for their class, even after I’d gone to a different neighborhood. It was like the word had gotten out about me, so I had to take my leave of Zócalo.

Ciudad de México is undoubtedly one of those infinite cities that one could dig into for several lifetimes, but mi tia es una gringa and so I was off to Michoacán. Not west enough to be narco dangerous, people say. Though even in places that look dangerous from the comfort of dark rooms where computers and TVs spell the latest atrocities, usually life goes on as normal, whether this is in Egypt, Israel, Ukraine, or Jalisco. Maybe not Syria… Anyway I’m off to Pátzcuaro, one of the oldest towns in the country.

Here I met two students I met guided me around and introduced me to the local bohemians, artists in the Plaza Pequeña. C.E. is an actor, mime, writer, artist, archaelogist, and probably many other things, with an intelligent face. A.S. could have been sitting on Broadway near Columbus in San Francisco in 1959, painting at his ‘studio’, the outdoor restaurant table he undoubtedly held court at most afternoons. You’ll see them all in the video. And in the muddy streets that arch up the hillsides outside the center of town, the rainy season afternoon this time brought hail, mixed with rain, hilariously strong, refreshing, and reminded me that this whole part of the country is in high mountains.

Back to home town San Francisco, via a connecting flight with a 12 hour delay, and a whole wing of a hotel provided by Aeroméxico. One guesses by such treatment that these delays are a daily occurrence. But got to my home town, once again to take in its foggy air, and to lament its crystallization into a piece of shimmering, self-congratulatory tech, gilded by stock options. There’s still some funk but you have to know where to look for it, or for the people still there, to fight for it. But it’s still a silver jewel as the light bounces off the hilly streets, and the cold rolls in.

And then, strange return, Los Angeles, a city I moved to precisely because I’d never thought to. It had never been in my myths as a child, had never entered my mind. And at a time I needed to abandon not only the past but the future I’d once envisioned, I went south to this weird spaceship, capital of the Third World, where dreams and egos desiccate in the sun, or transform and worm into old and new yogic wisdoms, and Korea has a massive wonder of an eastern outpost, and Central America and Mexico meet and mix and clash, and Armenia’s 2nd biggest town glistens across the LA river, and Thailand and Japan and China and Vietnam and India build worlds, and the old freaks and the yuppies bustle in Venice, and the pride of Mexico stands in Boyle Heights, and the vastness of South Central oft-spoken of in that epic literature of gangsta rap where I used to ride my bike while mixing Songs From a Toxic Apartment bakes, and the zombies still walk akimbo in skid row, and the painters and artists and international land-grabbers of downtown sometimes do their art, and the big flats of the great bowl contain lives in quiet streets, and TV and the movies have always missed the whole wonderful spectacle and reality of it all.

But for now for me, it’s a huge office. I’m calling some friends for some last minute appearances, but really, I have this video to edit. A trip around the world sits in my phone, hundreds of people, mostly open and giving of a moment of their love and time for this expression of romance for someone, romance for the world, a little kernel of unity that is in these days an act of soft defiance. I think of all the angels I met in Tokyo, Osaka, Hong Kong, Mumbai, Addis Ababa, Mt Entobo, Istanbul, Tampere, Helsinki, St Petersburg, Moscow, Cleveland, Lakewood, New York, Nashville, México City, Pátzcuaro, San Francisco, and LA, and spots between, and all the people sending in their own videos, from jungles of Hawaii to mountains of Nepal, and I thank you. Our world is beautiful, and so is our love.